A group of fashion industry actors in France have drawn up local measures following a citizen consultation. 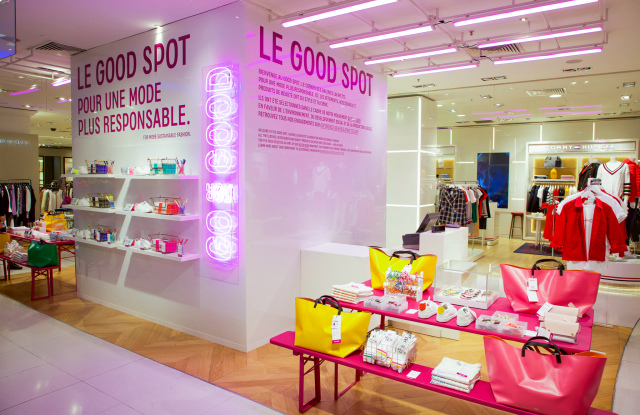 PARIS — The citizens have spoken, and the fashion industry is listening. They want clothing recycling options, local production and a more sustainable approach to materials, production and packaging, according to the results of a recent survey in France.

A grouping of French fashion players including Galeries Lafayette, Etam, Petit Bateau, Vestiaire Collective and Paris Good Fashion on Thursday presented their findings from a public consultation on sustainability, taking to Instagram live for their discussion.

With the coronavirus pandemic, public interest in the environment has risen considerably, including in France, where 72 percent of people polled last July said they thought global warming was as important as the pandemic, according to Boston Consulting Group, as cited by the Paris Good Fashion report.

The public consultation took place over eight weeks in September and October last year, with the participation of 107,000 people. A large majority (79 percent) were women, and nearly 40 percent were under 35.

Those surveyed listed brands as most important for implementing change, followed by consumers, retailers and finally, other actors in the sector. Legislators were seen as less important for the front line, according to the survey, principally mentioned for rewarding or punishing company behavior through higher or lower taxes.

The actors involved with the public consultation, who were helped by the French Ministry for the Ecological Transition and Paris city council, drew up pledges to take certain steps, based on the findings. Key measures include deploying collecting stations for used clothing and shoes for recycling; promoting platforms for selling secondhand clothing; supporting French wool and linen producers; using the Made in France label only for products that were largely made in the country; boosting the proportion of organic cotton to at least half; collecting and recycling hangers; gradually eliminating plastic use in packaging, and training sales staff to promote sustainable fashion.

“These commitments from all these brands together have taken, these commitments are written — you can see them in the document we distributed — and above all, they will be updated on an annual basis, so, step-by-step, we will follow their implementation and results achieved,” said Sylvie Benard, president of the board of Paris Good Fashion, which unites industry players including professional federations, fashion schools, retailers and fashion show producers to advance the industry’s sustainability and social impact.

The organization aims to make Paris the capital of sustainable fashion, in a goal timed to coincide with the 2024 Olympic Games, which will take place here.

Galeries Lafayette has made a push to emphasize products with an environmental bent through its “Go for Good” campaign, Etam has developed a program to collect used bras to fix up and donate to women in need that it plans to deploy on a wider scale, and Petit Bateau has pledged to further encourage reuse of its clothing by collecting items, as well as only use materials that are considered ecologically responsible, by 2025.

“The ideas relayed through this citizen consultation perfectly reflect the societal and environmental issues we would like to tackle collectively: reduce single-use plastic, raise the proportion of secondhand clothing on the market, offer consumers traceability when it comes to clothing production,” said officials from the city of Paris.