Linfini: a new linen spinning mill to open in France #499

Flax is still being woven in France. A new spinning mill project is on its way in France, in Brittany, near Morlaix. The project is led by two young entrepreneurs, Xavier Denis and Tim Muller, two “communicators” associated in the communication agencies Bow Tie Agency and Tolvek (created in 2020 in the midst of the pandemic with the objective of assisting local businesses). 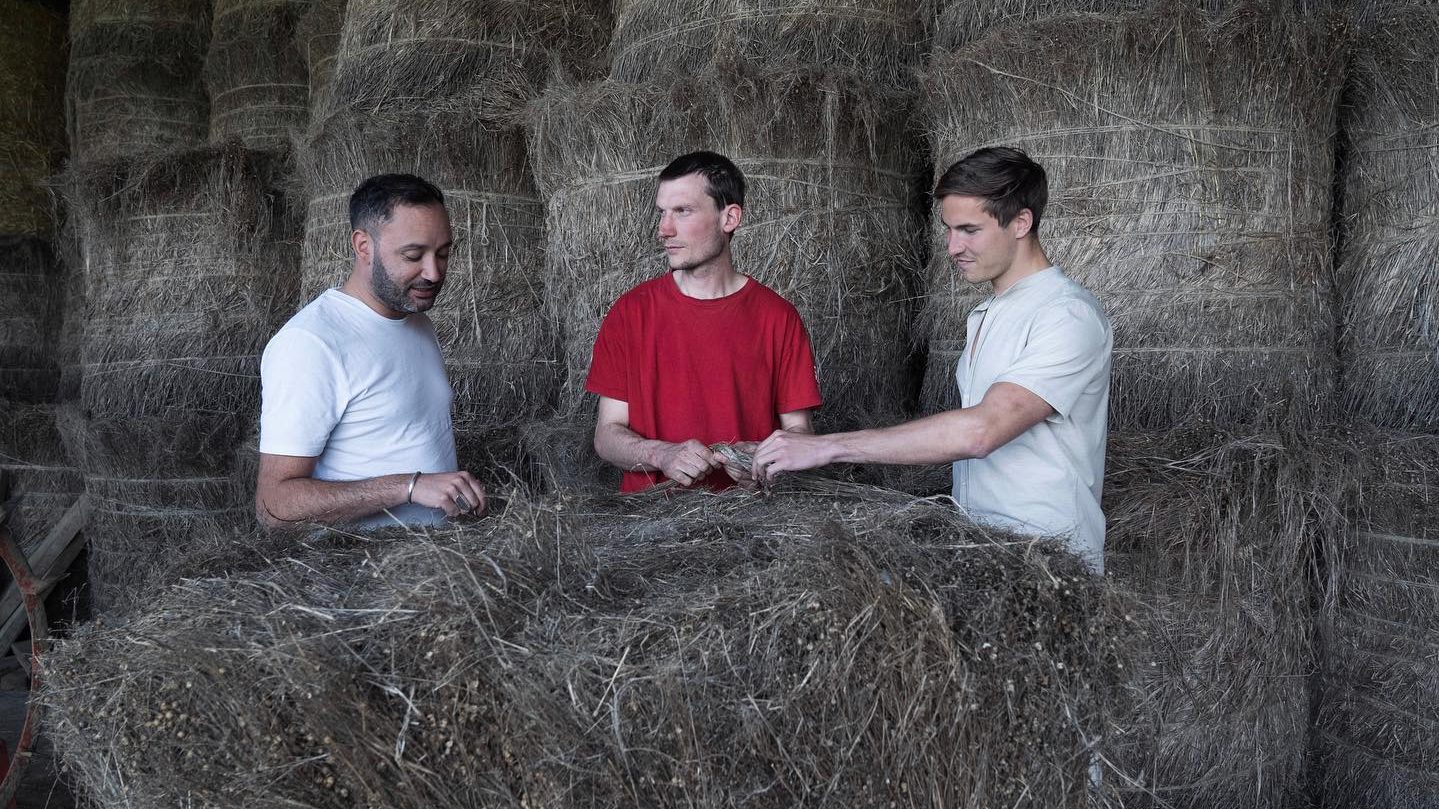 The “dry” spinning mill (adapted to technical fabrics) located in the heart of Finistère’s historic linen basin will open in September 2023, in a rehabilitated industrial building on a three-hectare site. At the beginning, it should employ about 20 people, including a factory manager, a logistics manager, a forklift operator, 12 workers and two electromechanics, and a collection manager.

The planned outlets are, on the one hand, the direct sale of yarns to industrial weavers, as well as to artisan weavers who work in France and are regaining a certain vigor due to the return to Made in France and consumer interest in artisans with rare know-how. It is also a question of developing in the field of conditioning, packaging, for the food industry and luxury.

This project has already aroused the interest of Prince de Bretagne (the collective brand of Breton market gardeners), Maison Caulières (a body care brand) created from vegetable flax oil, and weavers. Linfini has also planned a partnership with Telatex, in the Vosges, to weave certain products on the weaver’s site with their own weaving machines. Other industrialists, such as the traditional Corderie Palus, in Corrèze, have signed letters of intent to be supplied with linen in the new spinning mill. Partnerships that meet, for example, packaging needs (linen vegetable nets for Prince de Bretagne) or supply needs. Other outlets are envisaged in the field of household linen.

Sensitive to the Made in France, to the French heritage, Xavier Denis and Tim Muller decided during the first confinement to embark on the adventure, contributing to the reindustrialization in the territories. Armed with their networks, but also with their convictions, the two entrepreneurs went to meet the actors of the textile and linen sector to set up their project. The project, which is part of the revival of the flax processing industry in France, has received the support of major players in this sector. The Velcorex group, in Alsace, will form the future Linfini team via its spinning mill, which will open at Emanuel Lang in 2020. Safilin, which relaunched Europe’s largest flax mill two years ago, will share its expertise and best practices. On the equipment side, Schlumberger, the number one manufacturer of long-fiber textile machines, will step in to train operators on the entire technical side of the site.

➔ Read the full article (in French) on Fashion United