It’s been celebrated as a pathway to sustainability, but digital fashion doesn’t come without its own set of challenges 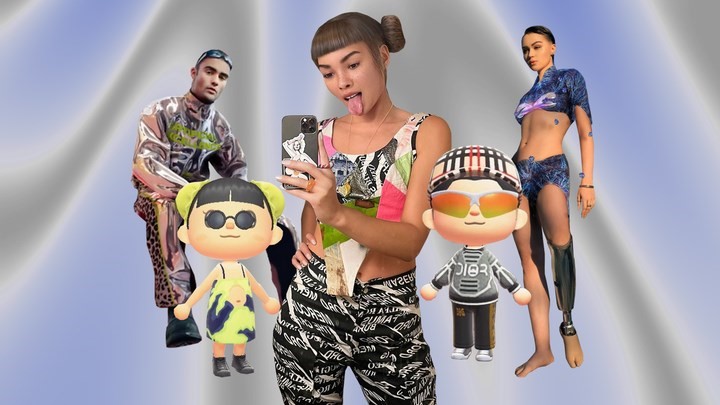 Digital fashion has been the Next Big Thing in fashion for a few years now. For many their first experience of it was Lil Miquela wearing Prada or influencers suddenly cropping up in their feed wearing gravity-defying or liquid-textured outfits. But despite pockets of hype and some flattering media coverage, it mostly existed within its own niche, continuing to bubble under the surface. Then, digital fashion’s existence and relevance was suddenly magnified as COVID pulled the rug out from under fashion’s feet and made the shows it has thrived on for decades a near impossibility.

As designers and fashion week bodies scrambled to maintain the flow of seasonal shows, digital fashion took on two distinct guises: digitally rendered garments presented in digitally rendered surroundings, and physical clothes showcased digitally via livestreams and films. Both were almost immediately considered to represent the sustainable future of fashion. Respectively, they offered clothes without production, pollution, and waste, and fashion shows without international flights.

“When launching the digital platform last year, we were certainly conscious of the positive impact this could have. The digitisation of (London Fashion Week) allows us to eliminate some travel and reduce our carbon footprint,” says Caroline Rush CBE, Chief Executive of the British Fashion Council. “In that sense, the global pandemic has been a wake-up call for the industry and I genuinely hope that the long-term effect is change for good.”

Annabelle Azadé, CEO of Wear the Future, the platform behind the world’s first see now, buy now digital cruise show, aligns with Rush in her approach. “The pandemic had made us think about new formats and video was the most efficient as well as the most eco-friendly,” she says.

The instinct that eliminating much of the travel necessary to fashion week would be a positive step forward was on the money. A 2020 research project measured the carbon emissions from the travel undertaken by buyers and designers to attend the four major fashion weeks (New York, London, Paris, and Milan). It found that the total emissions amounted to 241,000 tonnes CO2e, equivalent to 51,000 cars on the road or lighting the Eiffel Tower for 3,060 years.

But of course, there are more than just the big four. According to Fashion United, there are more than 100 fashion weeks across the globe in locations including Nigeria, Lagos, Melbourne, Rio de Janeiro, Vancouver, Shanghai, Copenhagen, and Seoul, so the emissions related to all of the events worldwide would almost certainly outstrip the estimates linked with the few established fashion capitals multiple times over.

Rather than rocking up in a chauffeured car, buyers and editors could attend as avatars from the comfort of their own home. Shows by the likes of Patrick McDowell, NDA, and Tess Van Zalinge could be accessed at any time, and attendees could even try clothes on within Digital Village (‘URL’) and then pre-order them to wear in real life (‘IRL’).