In the North of France, the Made in France textile industry is booming but lacking workers #265

From trendy designers to fashion giants, projects to produce clothing in the north of France are multiplying, driven by the upheaval of the health crisis. But this old textile land is struggling to find workers. 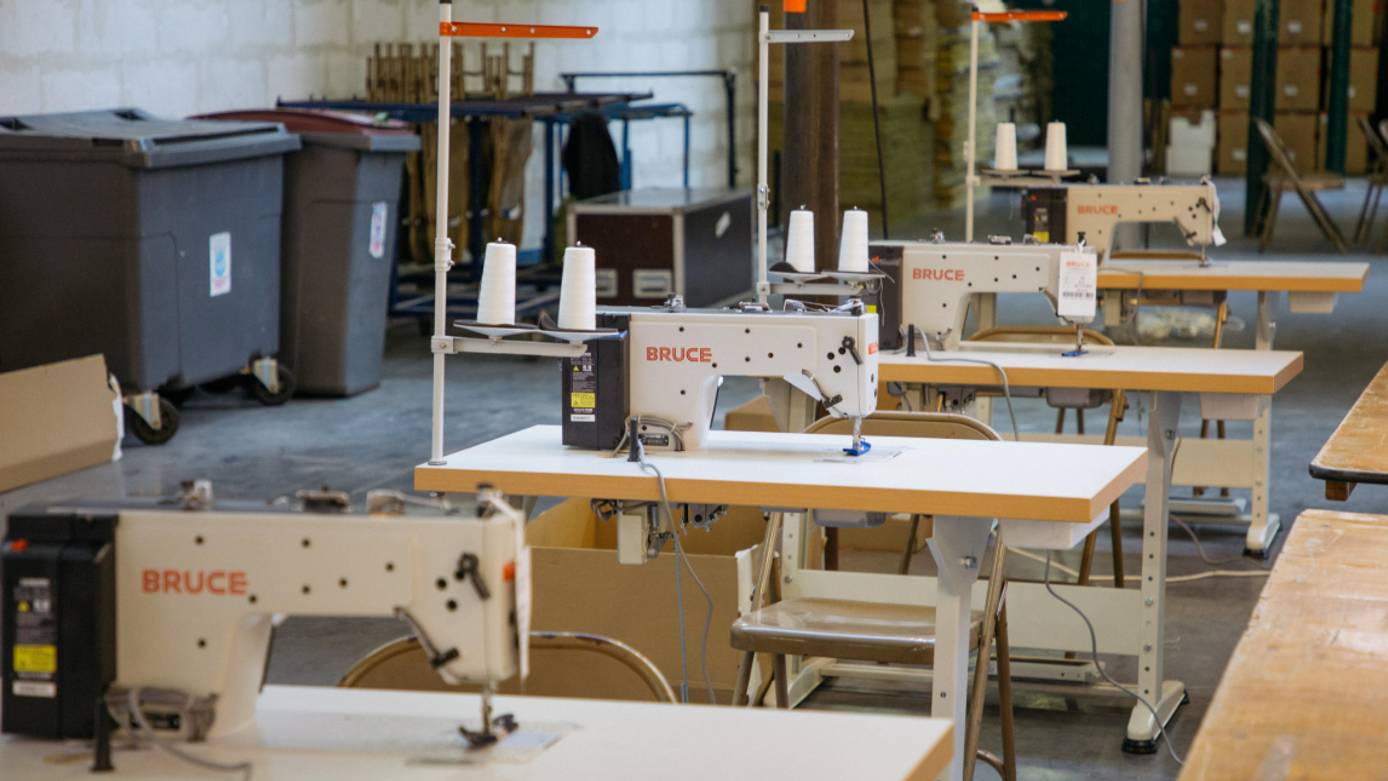 “You had to expect it, it’s globalization!” In 1999, Levi’s left La Bassée (North of France) for Turkey, leaving 541 people out of work. A play, “Levi’s Blues”, was created at the same time, by five former workers. Twenty years later, it has just been relaunched. This time with good news: the upcoming opening of an integration workshop, which will produce jeans for 1083, an emblematic “Made in France” brand.

Only eleven jobs, then 27 in 2024. But it is a strong symbol, at a time when projects to (re)locate textile activities are flourishing in the region. The health crisis has stimulated a more local and responsible demand. And while 450 industrial companies in the sector remain in the north, 15 projects promising 4,000 jobs are supported by the recovery plan. “The planets are aligned” to make the “Made in France” take off again, enthuse the professionals of Hauts-de-France.

Former capital of the wool trade, Roubaix (Nord) sees itself as the epicenter of this dynamic, with a figure for a mantra: relocating 1 percent of the clothing purchased by the French would generate 4,000 jobs. “Producing in France will cost about 2.5 times more, but if we manage to produce on demand, without stocks and therefore without markdowns, we can maintain or even improve margins,” says Guillaume Aélion, whose “Atelier Agile” designs small collections for retailers. “20 to 25 percent Made in France, it’s possible!”

Even “fast fashion” brands are positioning themselves. The Mulliez galaxy (Jules, Pimkie…) is going to launch “FashionCube” in Neuville-en-Ferrain (Nord): a hundred employees, to produce 6 percent of the denim pieces of these brands, that is to say 400,000 pieces per year, with the objective of not costing more than 20 percent more than Asian jeans. “We’re all looking for meaning, to do less, but better,” says project manager Christian Kinnen.

In Hordain, the technical textile specialist Dickson-Constant is opening a second northern factory. And in response to demand for French yarns, Safilin, which left for Poland in 2005, is reopening a spinning mill in Béthune (Pas-de-Calais). “I’ve never experienced this before,” says Olivier Ducatillon, president of the Union of Textile and Clothing Industries of the North. To the point that a difficulty appears: the lack of manpower.

If the textile industry represents only 14,000 jobs in the region compared to 150,000 a few years ago, 170 offers are available in clothing, just in the Lille metropolis. Many initial training courses having disappeared, companies are looking especially for motivation. And train internally. In Roubaix, ENSAIT, the last French engineering school still focused on textiles, has gone from 50 students to 130 in 20 years, according to its director. A School of Industrial Production has also just been launched in Roubaix, to train young people who are often on the bangs of the school system in two years. They learn to use 14 different types of sewing machines, some with voice control, with USB port…

“These are jobs of the future, which will not be relocated, and no longer the garment industry as their parents knew it. There is no more assembly line work left in France,” insists the director, Pierre Delannoy.

In Roubaix, a young city with an unemployment rate of nearly 30 percent, the Atelier Résilience, which was set up during the health crisis to produce masks, but which is now more diversified, has bet on the integration of the unemployed. This network of a hundred or so workshops employs 800 people, including 110 in Roubaix, and generated 30 million in sales in one year. “Roubaix is not a city that had a great connotation,” concedes its manager, Stéphanie Calvino. “But I think it’s the French Detroit.” (AFP)