Feminism in Farming is Overdue: Gender Equality Gets on Cotton’s Agenda #511

It is not commonly understood that the climate crisis is as much about people as it is about the environment. For most of its existence, commercial fashion has run on women’s labour and cotton cultivation. The two are not mutually exclusive. 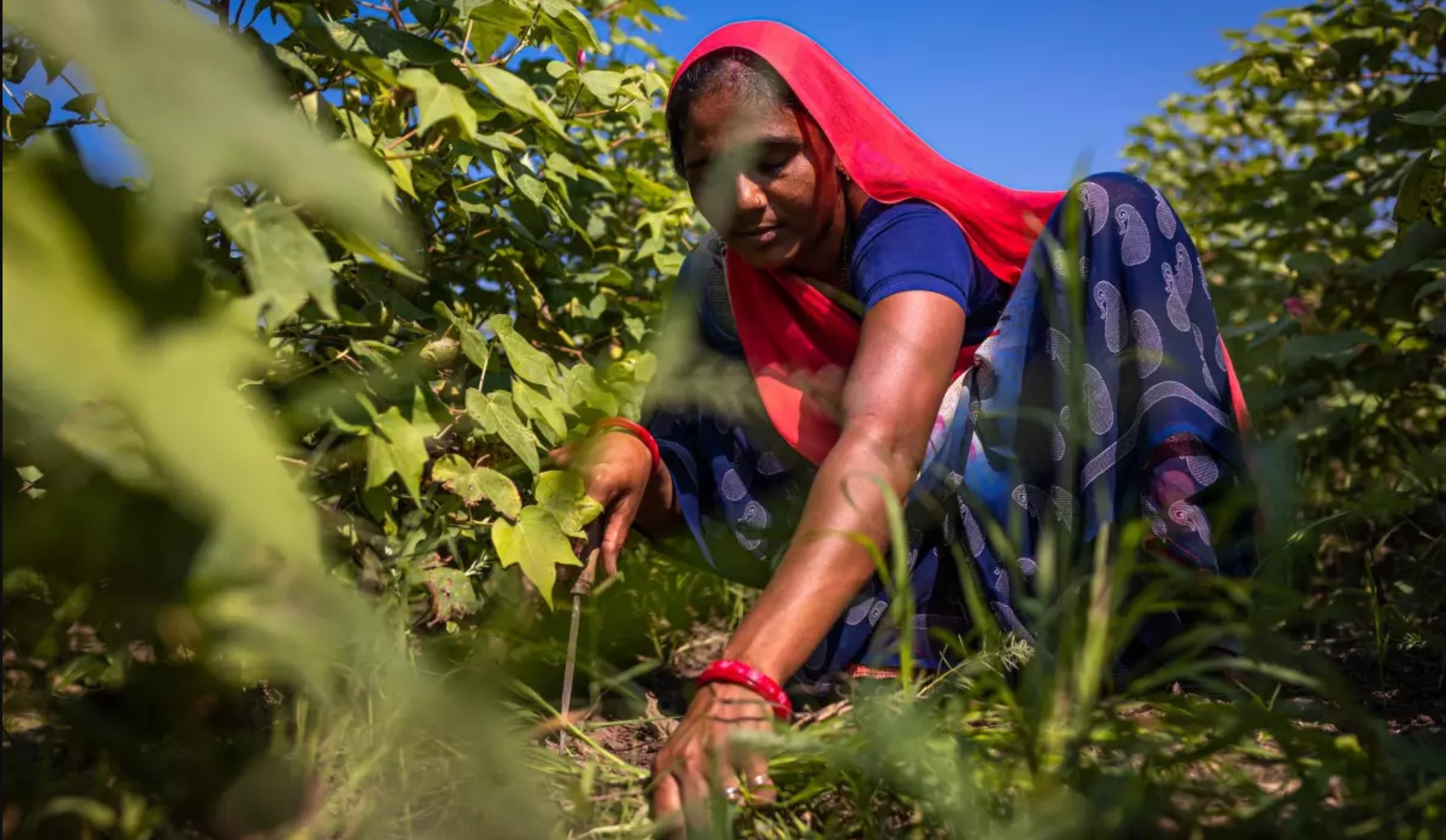 From sowing seeds to harvesting, spinning yarn to garment making, women from rural geographies may as well be running the industry. Yet in India, agriculture is perceived as a male-dominated sector and women farmers remain under-represented. As voices rise in support of exploited garment workers, gender equality in India’s cotton farms is long overdue too.

Cotton is one of India’s prime cash crops, contributing to 22% of the total global production. With a value chain that initiates at farms and ends as fabric and garments, it is highly labour-intensive. In just the cultivation phase, comprising of sowing, irrigation and harvesting, participative labour stands at 47% women farmers. This number is more than double, at 84%, when the sheer population of rural women dependant on agriculture for their livelihoods, is taken into account.

But here lies the crux of the matter: Indian agriculture has been steeped in patriarchy and deep-rooted gender-bias, which essentially prevents women from owning the land that they farm. Historically supported by inheritance laws, familial land rights are often passed onto male heirs, whereas women are legally branded as no more than ‘cultivators’ or labourers. Discrimination has been dished out through government agricultural policies that are highly beneficial for land-owning farmers rather than all agricultural workers. This cascades to exclusion from schemes and subsidies, including credit and crop insurance, among others. Despite the long battle for gender equality, less than 8% of Indian women farmers own land today.

Limited economic freedom, lack of rural infrastructure and public transport further pose a series of challenges to advancing women in farming. In some small villages, women are still escorted by men, even on their commute. Where mobility is limited, so is the exposure to knowledge and market-facing opportunities. The fear of losing out on biased daily wages also prevents women farmers from making long commutes to avail rural banking services or taking up training workshops by non-profits. Meanwhile, in the absence of science, superstition takes hold. According to interviews by non-profit Fashion Revolution, it is not an uncommon belief that a woman ploughing the field will result in drought in that village.

➔ Read the full article on Green is the New Black