The Richemont-owned brand claims its tool is the industry’s first for measuring a firm’s social impact, and will be launching it with an open-source model. 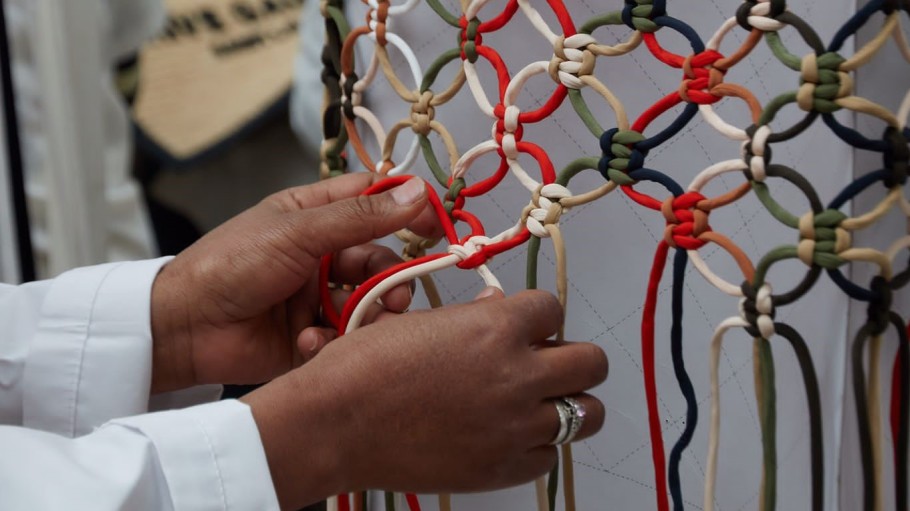 Observing that tools for measuring fashion’s environmental impact are now plentiful but there is no equivalent for calculating the social impact of sustainability, Chloé took the bull by the horns and decided to create its own 18 months back.

“We know that the environmental impact of fashion is very high, and a lot of companies are tackling it,” Aude Vergne, Chloé’s chief sustainability officer, explained in an interview with WWD. As an industry, however, “we sometimes left a little bit on the side the social impact, whereas the social impact in fashion is absolutely key,” she continued. “One in eight workers in the world work in the fashion and garment industry.”

While environmental impact assessments are now common and largely understood by stakeholders, despite their sometimes complex metrics, nothing similar existed when it comes to fashion brands’ social impact. When it redefined its sustainability strategy 18 months ago, Chloé, which achieved B Corp certification last year, implemented a new mission-driven strategy entitled “Women Forward. For a Fairer Future.” This mission is registered in the company’s corporate status, and has led it to shift its supply chain towards more women-led Fair Trade enterprises, for example.

[…] “When we talk about social impact, we have a rigid system to measure compliance, but we have no tool to say that we have a positive social impact and we are able to change the lives of people,” she said. “We decided to create our own tool, a tool that we will share as open source.”

The Social Performance & Leverage (SP&L) tool is designed along similar lines to more familiar Environmental Performance & Leverage (EP&L) tools, with metrics according to six indicators: gender equality, living wage, diversity and inclusion, training, well-being and job quality. A little like environmental ratings, it will take into account the different “scopes” of operations — not only a company’s direct footprint, but that of suppliers upstream as well as downstream operations like boutique deliveries.

The tool, codeveloped with academics at the Institut Français de Mode and France’s Conservatoire National des Arts et Métiers, is intended to help brands with decision-making on sourcing strategy and product design. Its metrics are based on sustainable value creation reports published by the World Economic Forum and International Business Council.

The elements with the job quality bucket — including tenure, pay progression, promotion and employee turnover, as well as soft skills like listening and group work — were defined based on the work of French economist Philippe Aghion, the son of the house’s founder Gaby Aghion.

[…] The methodology is in the process of being validated by PricewaterhouseCoopers before an industrywide consultation process where it will be piloted and fine-tuned where necessary.