Can China Handle Its 20 Million Tonnes of Textile Waste? #172

China is the world’s largest consumer of fashion and a major production hub. How it tackles its mountain of annual waste will impact global brands’ ability to embrace a more circular supply chain. 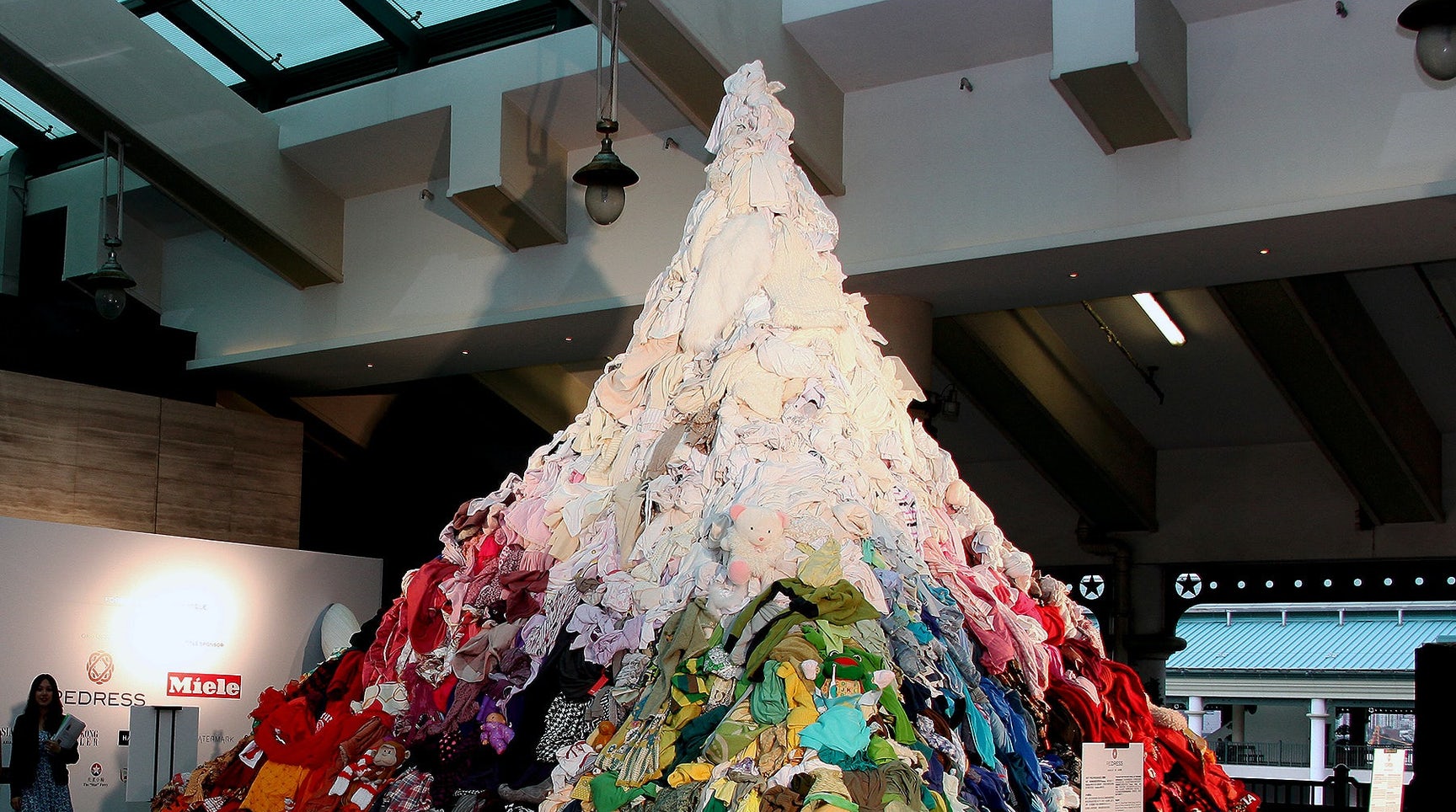 According to the most recent available estimates from the Ellen MacArthur Foundation, China currently produces more than 20 million tonnes of fashion-related waste products each year, a combination of production waste and “post-consumer waste”, or old clothes its consumers no longer wear.

The good news is that China’s proportion of the former is getting smaller. The bad news is that the apparent shrinkage is partly due to a shift in garment and textile manufacturing away from China to other markets with lower labour costs. This means that overall waste might not actually be lessened, just China’s share of it, because the problem is likely to simply shift to other countries that feed global demand.

What’s arguably more worrying is that the proportion of China’s post-consumer waste is growing as the country’s appetite for fashion grows. According to Statista data, revenue in China’s apparel market will reach $321.28 billion in 2021 and is expected to grow annually by 8.24 percent through 2025. The volume of apparel consumed is also expected to continue growing over this period, with an expected 31.32 billion pieces sold annually by 2025.

China’s ability to confront this problem is complicated by a tangled web of challenges.

“There are legal issues; there are technical issues, there are consumer behaviour issues in China,” explained Kowen Tam, a manager at Yagi & Co, a company that has traditionally recycled manufacturing textile waste into garment products for companies including Adidas, H&M and Decathlon, adding that Chinese consumers “just really don’t want to buy second-hand clothes” all that much yet.

Indeed, the market’s strong consumer preference for newness outweighs the momentum of China’s nascent sustainability movement and challenges in the recycling process of most apparel products remain an obstacle. China has the opportunity to be circular ahead of everybody else.

According to Edwin Keh, chief executive of the Hong Kong Research Institute of Textiles and Apparel (HKRITA), China’s existing manufacturing base, much of it in need of repurposing following mass market production’s offshoring move, gives the country a distinct advantage.

“The challenge for the traditional western world is that they have no manufacturing capabilities left, so even if they recycle everything, they still have to work out how to process and manufacture that back into a useful product. China should not have that problem, [because] China already knows how to make a lot of stuff,” he explained.

Ma Yun, founder of Shanghai-based collection and recycling firm, Fei Mayi points to huge strides in the amount of textile materials and used clothing coming into recycling channels like theirs since it was founded in 2014.

Whereas government statistics referenced by official news agency Xinhua in 2016 put the total amount of textile waste China reused or recycled at around 1 percent, with 99 percent ending up in landfill or incinerated, Ma now estimates that around 15 percent of the total is reused or recycled.

“Before, just one out of one thousand, or several out of one thousand pieces of clothes entered the recycling channel,” Ma said, adding his prediction that within five years, that percentage will rise to between 30 and 40 percent.

Consumer awareness about recycling has increased significantly in cities like Shanghai, where an aggressive and mandatory garbage-sorting programme was implemented in 2019.

These days, Ma said, with similar programmes being rolled out across the country, it would be impossible for people not to be aware that recycling their old clothes, rather than throwing them in the garbage, is an option.

This being said, even though Ma says the cost of collection is one of the biggest challenges facing the profitability of his business and those like it, the hardest part of China’s textile waste equation comes next.